A dry-house that will support people with alcohol addiction to abstain is taking shape in Newcastle.

North East Housing and Support Provider Tyne Housing Association has announced the development of an abstinent house in central Newcastle that will support people to overcome addiction, after the region’s alcohol death toll reached a record high last year.

Tyne Housing Association (THA), which provides support and housing to some of the North East’s most vulnerable people, has partnered with Phoenix Futures, a specialist recovery charity, to develop and deliver the project which will provide a home to six residents who have made the decision to abstain from alcohol.

The partnership project – which has been announced during Alcohol Awareness Week, which takes place between November 15 – 21 – is the latest layer of support Tyne can offer to the people it works with, helping them overcome their addiction and supporting them to play an active and positive role in their community.

Tyne Housing has used the week to highlight the ways in which alcohol can affect people and their relationships through its social media channels, and hopes to show the importance of supporting people with addiction, with intervention like its abstinent house project which will deliver much-needed support to aid recovery.

Alcohol related deaths in the North East are higher than any other UK region, and figures released by the Office for National Statistics last year and analysed by alcohol-addiction treatment experts, UKAT, revealed that during the first nine months of 2020, deaths in the North East caused by alcohol increased by over 15 per cent and the death toll in the region has risen by 45 per cent since records began in 2013.

“We recognise the vital role a stable home can play in giving vulnerable people a solid foundation on which to grow and reconnect with society in a positive way, and that is even more true for people battling addiction.  But we’re wrapping support around them too, to ensure this is a stepping-stone to a better life.  We’re looking forward to seeing the impact this has on the lives of the people we work with.”

Tyne Housing has so far invested over £30,000 into renovating the property, which will be staffed by a housing worker who will provide support to residents, helping with life skills, cooking, cleaning, budgeting and accessing work and training to help them with their journey post-recovery. There will also be a trained abstinence worker on site, who will provide specialist support to residents who are recovering from alcoholism.

The drive to create this project came directly from a resident consultation group ran by Tyne Housing, where people the organisation has supported are able to shape services it provides.  Former Tyne resident, Karl Whillis, who joined the group to provide a voice for people with addiction following his own experience with alcohol and substance abuse, made the suggestion and it was something leaders and THA immediately explored.

Karl said: “Being in the group has really been one of the best things I’ve ever done. I believe the best thing we can all do in this life is to help other people and the group gives me a chance to do that.

“It’s given me confidence and a routine, I’m responsible for making sure we get things done, helping other residents and holding Tyne Housing to account. I’ve also made really good friends at the group, seeing the passion in others is really inspiring and just brings out the best in all of us.”

Phoenix Futures, a specialist recovery charity that has been helping people overcome drug and alcohol problems for more than 50 years, has worked hand-in-hand with THA to shape the plans for the house, which is due to open next month, with the final fit out being completed over the coming days. 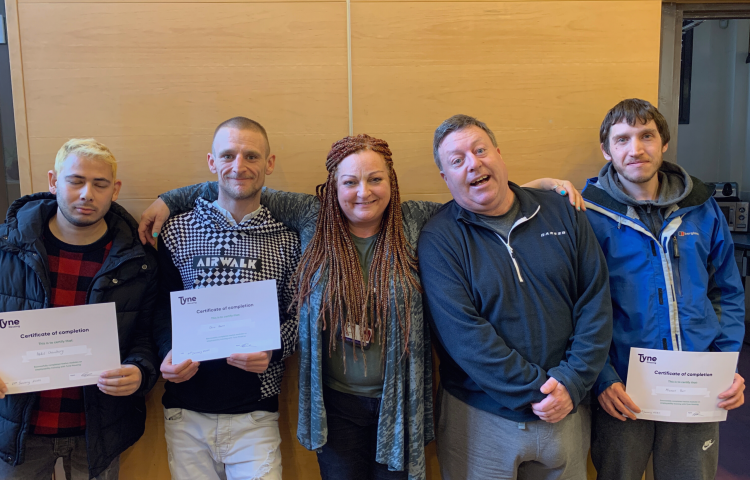 The Move On Project launches in partnership with Homes England 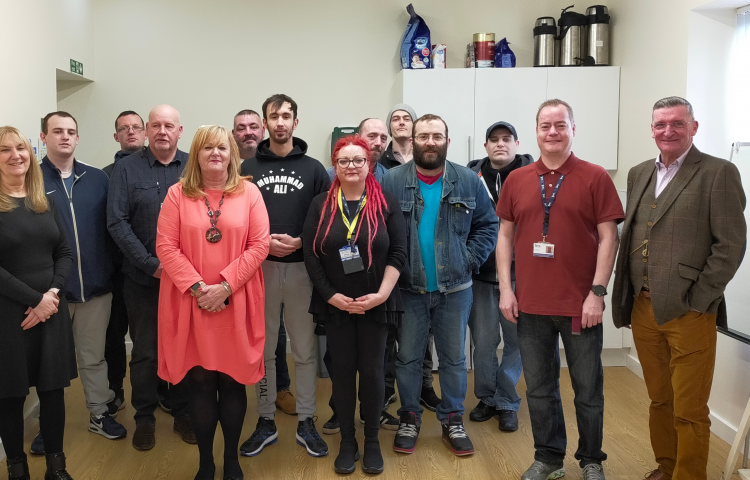