What does the latest rough sleeper statistical release mean for the North East?

Yesterday the government released the results of the latest annual rough sleeper counts, which mostly took place around October and November of 2018. Today, our CEO, Steve McKinlay reflects on what this tells us in the North East.

I started as CEO to Tyne Housing a mere 4 weeks ago, and I’m incredibly honoured to be leading such an action-focused organisation – fully committed to working with those that many agencies are unable, or sometimes unwilling, to work with. We have a strategic plan to help some of the most disadvantaged and excluded members of society – and are committing resources to it right now.

12 months ago, it was announced that the Department of Communities and Local Government would be rebranded – to the Ministry of Housing, Communities and Local Government (MHCLG) – which was a clear reflection of the growing political importance of housing and homelessness. I was working in the department at that time as part of the newly formed national team of specialist homelessness advisers.

Six months ago, I and the rest of the adviser team were racing around the country to co-produce delivery plans with local authorities and their partners as part of the newly announced Rough Sleeping Initiative (RSI). The local authorities were targeted using their annual returns which count (or estimate) the number of rough sleepers in their area on a given night – with the £30 million RSI funding targeted on the 83 local authorities with the highest numbers.

I was focused on areas outside of London, stretching up the eastern side of England from Essex up to Yorkshire. In fact, no authority in the North East was eligible for the RSI due to having returned relatively low (mostly estimated) numbers of rough sleepers.

With the newly released statistics, we are just seeing the fruits of some of that labour which began in the summer of 2018. A quick word on the statistics. Everyone understands that this snapshot is not perfect, it has inherent flaws – but it remains the only way that we have of seeing trends year on year since 2010. This release tells us that the numbers of people who were reported as sleeping on the streets has fallen for the first time in eight years.

In very broad terms, areas with RSI investment reported a decrease in numbers of rough sleepers – down by 23%. But those non-RSI funded areas reported a significant increase. In the North East, the count has increased by around 29%.

This may be due to more accurate counting in some areas but it is hard to know for sure. However, the targeting of funding on local authorities with the highest numbers of reported rough sleepers does not enable those areas with low, but rising numbers to intervene now before it gets too late.

We call on the government to ensure all areas across the country gets equal investment from targeted support to reduce rough sleeping.

We call for this funding to be flexible to meet local needs and should recognise the higher costs of helping people with complex and multiple needs to be rapidly rehoused with the intensive support to sustain that housing.

We also call for all North East local authorities to commit to carrying out an actual count, at the minimum of once per year. We commit Tyne to assist this to happen where support is needed.

Nationally, if we are to achieve the target of ending rough sleeping, much more needs to be done to address the root causes of homelessness, and government must recognise that several areas of public policy must be addressed in the comprehensive spending review.

Locally, we hope all North East local authorities and partners will form a regional alliance against rough sleeping including charities, housing providers, and other public bodies in our health service and in the field of criminal justice and addictions.

As well as providing more homes that people can afford we need to accept that, for some people, support is needed to enable individuals to live stable lives and to feel they are able to contribute to society.  Access to support services is vital, and some people need even more than that. We at Tyne are ready to reach out to those who need help, and do whatever it takes to help them to be the best that they can be. 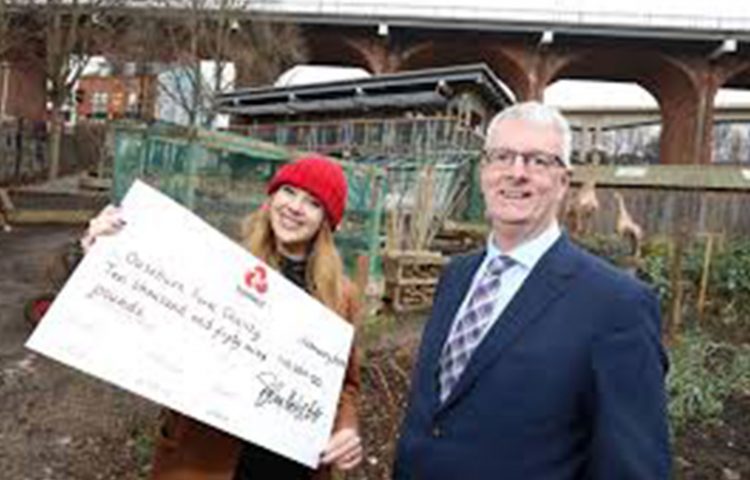